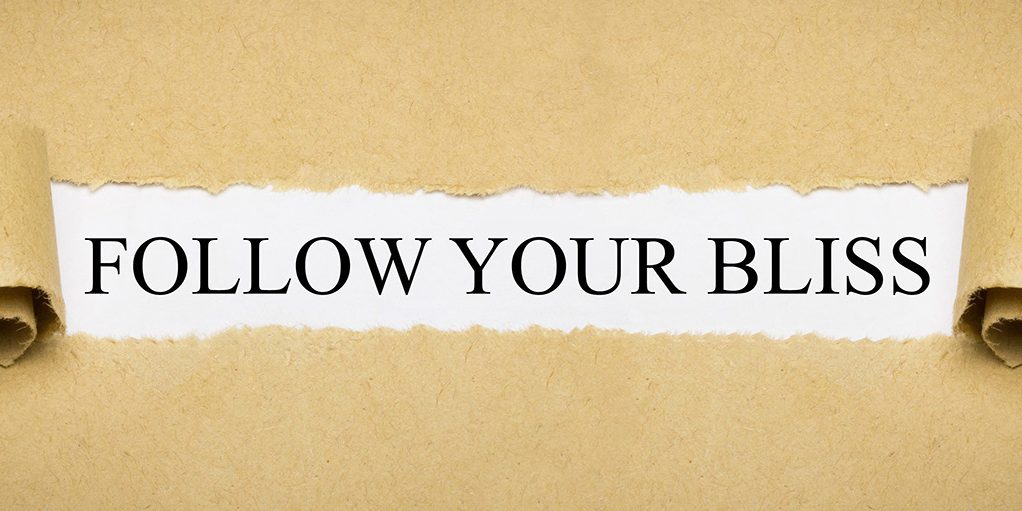 Lockdown was challenging on so many levels.

For a lot of people, it gave them time, whether they wanted it or not, to reflect on their lives and for some, they have come out of lockdown, with a new approach and in some cases, people have started to make big changes in their lives.

As a teenager I remember watching a programme on BBC2 about a man called Joseph Campbell.  I did not pay much attention to it at the time, but I can remember Joseph Campbell being interviewed and he coined the phrase: “Follow your bliss“.  I must confess that after that I don’t remember much about the program, but the phrase stuck in my mind. I just took it to mean that in life it is a good idea to do the things that you enjoy or find fulfilling.

About a month ago a friend re-introduced me to Joseph Campbell again by mentioning him in a conversation we were having about putting your life into context.  This is challenging at the best of times but is even more difficult in hard times.

Joseph Campbell was an American philosopher.  Among the many things that he did in his life, he studied myths from ancient and modern civilisations.   Over time he analysed these various myths and came up with the idea that these myths followed a distinct pattern.  People who know more about him can correct me, but I think initially he came up with 7 stages which he felt were common to all myths.  I particularly like the 12-stage version that I found online.  The stages of the “Hero’s Journey” stated there were:

There are a few web sites or blogs which take the 12 stages of the “Hero’s Journey” and map them against films like “Rocky”.  It is interesting to take any film, and let’s face it we’ve watched a lot in lockdown, and map it against the 12 stages.  It is fascinating to see how much they follow them.

Joseph Campbell contended that we were all on a ‘Hero’s Journey” and that our lives followed a similar pattern.  In that spirit, it is interesting to map your own life out against the 12 stages.

We often see our lives in a linear way.  That is, we are born and we live through our life on a timeline.  Some of you may have, even in therapy, plotted your life on a timeline.  It is a very useful exercise.  What I particularly like about this approach is that it is circular.  Stage 12 ‘Return with the elixir’ contains within it the notion that we take what we have learned on our journey, and we bring it back, perhaps to ourselves or to others around us.  Seeing life as a circle seems more optimistic in a way, the ‘circle of life’ if you will.  By the way, the film ‘The Lion King’ is a good one to trace the 12 stages through.

The ‘Ordeal’ and the ‘Reward’

What also struck me was stages 8 and 9, ‘The Ordeal’ and ‘The Reward’.  When you are in the middle of or recovering from hard times, it can be impossible to see the light at the end of the tunnel.  People around you often try to point this out to you, but you can’t see it.

‘There are plenty more fish in the sea’

My favourite one is ‘There are plenty more fish in the sea!’  Whilst I appreciate for some people it is never possible, it can be possible, particularly if it happened a long time ago, to see that something positive did come out of it, that is stage 9 ‘The Reward’.  Being made redundant can lead people to go for something that they have always dreamed of doing for example.

‘Call to adventure’ and the ‘Refusal of the Call’

Another two sections which were most interesting were: the “call to adventure” and the “refusal of the call”.  This is so often represented when we are getting messages in our lives, some of them quite drastic, which requires us to change or get in touch with what we really want to do.  However, given certain circumstances or the mindset that we are in, we cannot act on them. I suppose the “call to adventure” can come in many different guises. It could be a job offer, a new relationship, redundancy, or the end of a relationship.  Quite often we find ourselves in denial for a long time before we act on such prompts.

The results were transformational

In my business career and my time in education, I often saw that the best leaders were the ones who never really sought leadership positions and often, they did not consider themselves to be leaders.  They often ‘refused the call’ when invited to apply for such positions.  However, when circumstances meant that they were thrust into the limelight, they have become excellent leaders.  One example I remember was a very close colleague who quietly worked away in their department without any thought of going into leadership for quite a few years.  His department went through 3 departmental managers within a year, all of whom were technical able but not able to lead.  In a kind of ‘last resort’ mind-set, the organisation asked him to care take the department for a few weeks until they could recruit somebody suitable.  He did the job quietly and relatively unassumingly, focussing on trusting and listening to his staff.  The results were transformational, and he went on to lead the department for many years.

Anyway, if you feel so inclined, then look him up, Joseph Campbell. There’s lots of information about him on the internet.  He is no longer with us, but it seems to me that he was an interesting man.  If you are already working with a therapist, talk to them about plotting your life against the ‘Hero’s journey’ and see what it brings you.