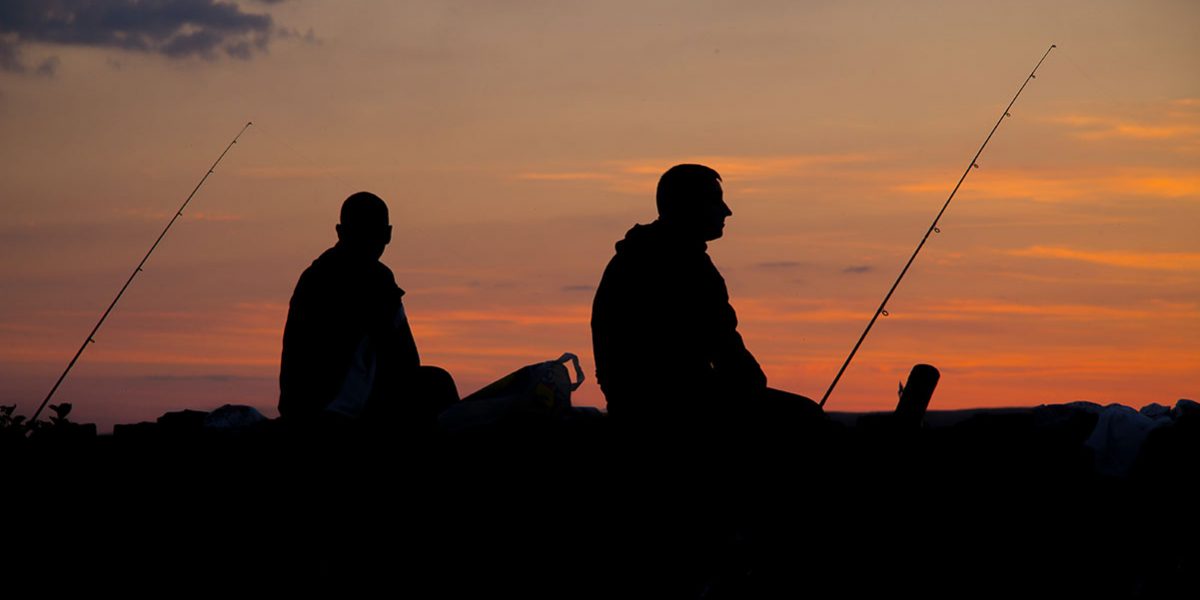 I suppose quite a lot of us have gone ‘box-set crazy’ during lockdown.

One of my pleasures has been watching ‘Mortimer & Whitehouse: Gone Fishing’ on BBC iPlayer.

I have only been fishing once, more on that later,  but that is not really what I like so much about the programme.  I really enjoy watching their relationship. It reminds me so much about how men can be with each other.

Both of them have had heart problems and they talk very movingly about their experiences.

But these serious moments are interspersed between bouts of making fun of each other, hilarious conversations about the merits of Neapolitan ice cream or how good looking Bob Mortimer thinks he once was.

One of my favourite bits in in the second series is when they play golf in Scotland.  It reminds me of a story my friend Max told me a few years ago now.

A male work friend of his was really struggling because his wife had been diagnosed with breast cancer.  Max’s wife suggested to him that they should meet up to talk about how his friend was coping with his wife’s illness.  As Max told it, he said to her: “Do you not understand men at all?

Max’s story definitely resonates with me. It’s interesting though how quite a lot of men first of all need to go and do something together like go fishing, play golf or watch sport and secondly how reluctant we are to share feelings with each other.

I’m not an anthropologist, but I wonder if it does go back to earlier times when we couldn’t show weakness because it might threaten our status within the group.  Old habits die hard perhaps!

What is so lovely about this programme is that Bob and Paul do talk to each other about how they feel and it is incredibly moving and I think for both of them very therapeutic.

Maybe when we find ourselves in similar situations, our challenge is to fight our innate resistance and ask how our mate is feeling or perhaps start by saying how we feel.

As a side note the one time I have been fishing was in Scotland.  It was a gift from a very generous man.   Co-incidentally, the ghillie who appears in the second series when they fish in Scotland, Callum, was the same ghillie I had!

… and yes.  I caught a salmon.  It was beautiful and we put it straight back.  I was also delighted to find out that my catch entitled me to a free pint in the local pub.  An excellent tradition, I must say.